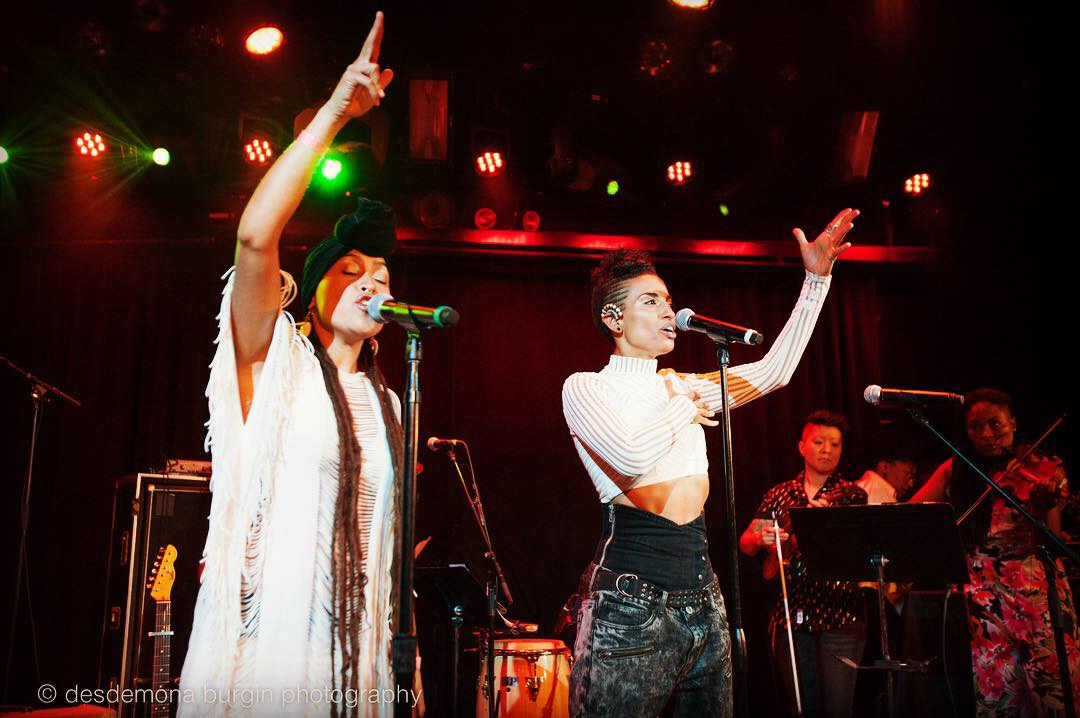 Over the last 16 years Climbing PoeTree has harnessed creativity as the antidote to destruction through their award-winning spoken word, hip hop infused world music,  multimedia theater, and popular education models. Co-creators Alixa Garcia and Naima Penniman have independently organized more than 30 national and international tours, taking their work from South Africa to Cuba, the UK to Mexico, and throughout the U.S. including 11,000 miles toured on a bus converted to run on recycled vegetable oil.

Climbing PoeTree has stirred crowds at diverse venues from the United Nations to the world- renown TED: Ideas Worth Spreading, Harvard University to festivals where they have performed on the main stage, including Lightning In a Bottle, Many Rivers to Cross, and Symbiosis, among others. They have been featured alongside powerhouses such as Alicia Keys, Alice Walker, Janelle Monáe, Erykah Badu, Maxwell, Cornel West, Madonna, and Angela Davis, who writes:

“Each time I have the pleasure of attending a performance by Climbing PoeTree, I feel enriched, renewed, and inspired. Alixa and Naima insist that poetry can change the world—and it is true that the urgency, power and beauty of their words impel us to keep striving for the radical futures toward which they gesture.”

HIGHLIGHTS FROM THE LAST DECADE OF CLIMBING POETREE